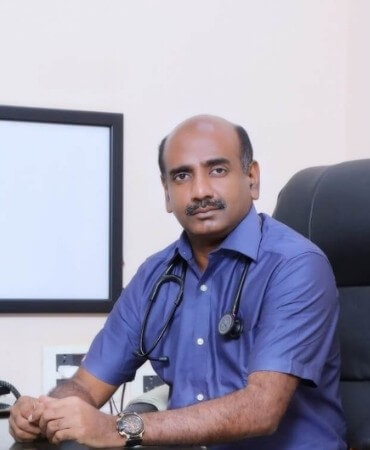 Dr. Aravind Vijayan, who founded Lister Hospitals in Marthandam, Tamil Nadu on October 24, 2009, is a well-known medical practitioner for his excellence in Critical and Diabetology. Dr. Aravind received his medical degree from Annamalai University, Tamil Nadu, in 1998. Then, he started his career as a Duty Medical Officer in Kanyakumari Medical Mission from 1999 to 2000. He returned to study in 2001 and earned his Master’s Degree in General Medicine in 2004. In recognition of Dr. Aravind’s dedication to Diabetology, the University of Newcastle, Australia, honored him with Fellowship in Diabetology. He served Madras Medical Mission, Chennai, in 2004 as a Consultant Diabetologist.

In 2005, Dr. Aravind joined Hindu Mission Hospital, Chennai as a Medical Practitioner in the Critical Care and Diabetology Department. He also served KIMS Hospital as a Critical Care Physician from 2006 to 2007. Then he started Lister MTM in 2009 intending to provide multi-specialty medical services to the rural population in Southern districts of Tamil Nadu. It was a humble beginning and over the years, Lister Hospital became the super-specialty hospital in Marthandam. Today, Lister Hospital is equipped with cutting-edge technologies and innovative diagnostic and medical treatment procedures. Lister Hospital attends 500 outpatients and more than 100 inpatients every day. As a dedicated medical practitioner, Dr. Aravind Vijayan believes that every people should lead a healthy life.

Having Personal Questions? You can talk to a doctor